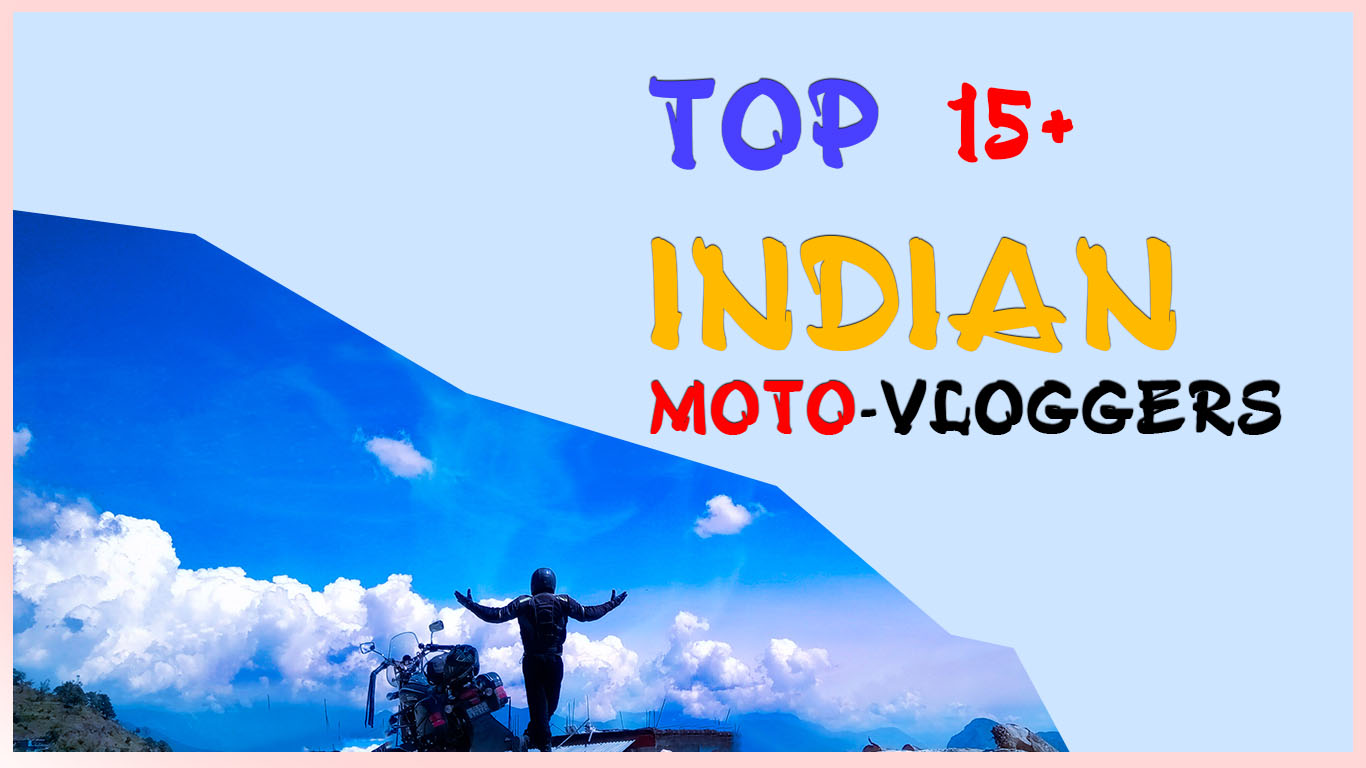 If you’re a motorcycle enthusiast or aspiring vlogger, here are some names we think you should get familiar with before you hit the road. The moto vlogging scenario in India has really boomed over the last 3 years with as many as 30+ new moto vloggers on the scene. 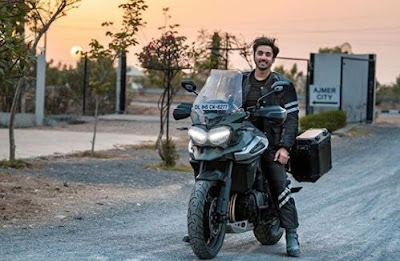 Nikhil Sharma, who has a YouTube channel by the name Mumbiker Nikhil, is one of the most popular moto-vlogger in India. At the time of writing, his vlogging channel had over 3.14 million subscribers. Additionally, the total views across all of his videos are staggering millions! He was one of the firsts to make moto-vlogging famous in India. Here is something about the top moto-vlogger of India. 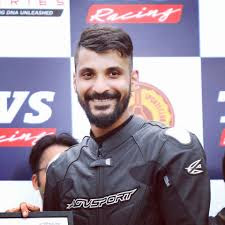 The only reason Ogden Fernandes started riding a motorcycle was because he wanted to cut down the travel time between his home and the workplace. He soon developed a passion for motorcycles and decided to start vlogging and documenting his rides on YouTube four years ago through his channel, Oggy F

The Mumbai moto-vlogger started to gain popularity through a video series on his channel titled Bad Mumbai Drivers, where he showcases drivers and motorcyclists putting others–as well as themselves–at risk and not following basic traffic rules. He also began posting riding vlogs and product reviews too. “I realized there are not a lot of people that ride sensibly, and these videos are starting to make a difference to the younger generation who are just starting to ride motorcycles,” Fernandes says. “I felt a lot more responsibility on my shoulders all of a sudden.” - Rolling Stone India 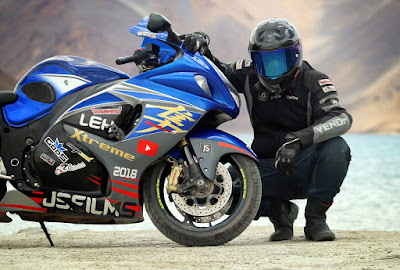 JS films is a YouTube channel run by Jasminder Singh AKA Jaysn. Jaysn is a classic example of an 'extrovert on a bike', with an amazing ability to connect with his audience with his quirky jokes and Desi style. moto blogging which is exploring the culture of different regions of India with his Pro Bike Skills and traveling different places through a road trip and inspiring Indian youth bikers.  He is also Top Indian Moto-Vlogger. - Digitalbiopic 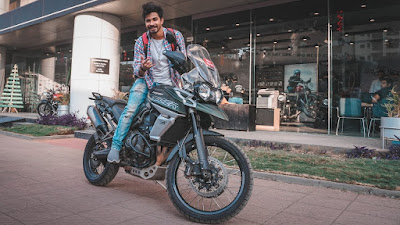 MSK vlogs are one of the famous Indian Vlog bases YouTube Channel, which is created and run by Mr. Mohammed Salim Khan (MSK).MSK is an Indian Blogger, Traveler, and Filmmaker. He belongs from Mumbai, Maharashtra and currently, he lives in Mahim, Mumbai. In the present time, he has got 1.15+subscribers on his Youtube Channel. He is the popular Bike Rider from Mumbai. He has his own KTM Duke 390, YAMAHA R1, Triumph Tiger 800, and Volkswagen Polo bikes which he uses several times on his videos. 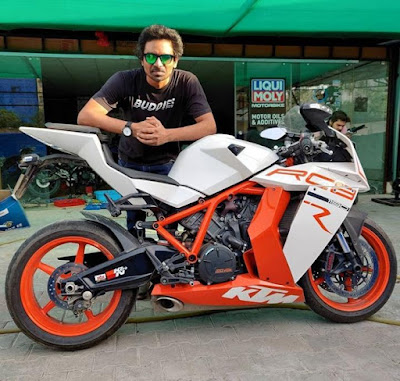 Another moto-vlogger from Hyderabad, Vikas Rachamalla has a long list of bikes, including the Yamaha YZF-R1, Suzuki GSX 1100F, and a KTM Duke 390. In his videos, Rachamalla is often seen on motor racing circuits with his motorcycles. He usually vlogs about riding superbikes, does safety videos, DIY segments, and informative clips. -Rolling Stone India

6. One World One Ride 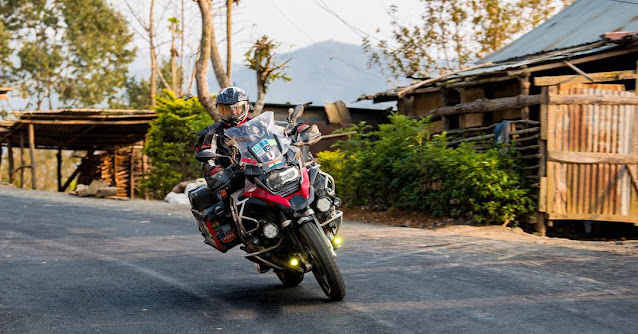 One World One Ride in 270 Days. Biker Debassish Ghosh becomes the first Indian to complete a bike ride originating and culminating in India covering 35 countries, 5 continents in 270 days covering 68,000 km. His amazing achievement was recognized through a grand homecoming at the Royal Challenge, Goregoan in Mumbai. 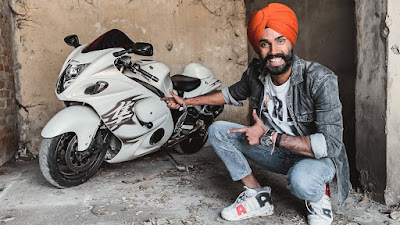 A software engineer by profession, JP showcases his passion for motorbikes through his YouTube channel, Jatt Prabhjot, which has currently 1.22M subscribers. His Instagram page, jatt_prabhjot, enjoys equally significant popularity with 272k followers. 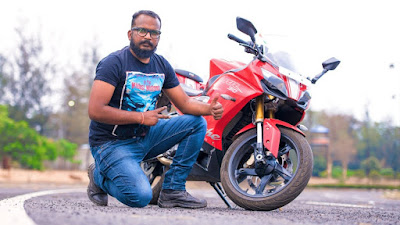 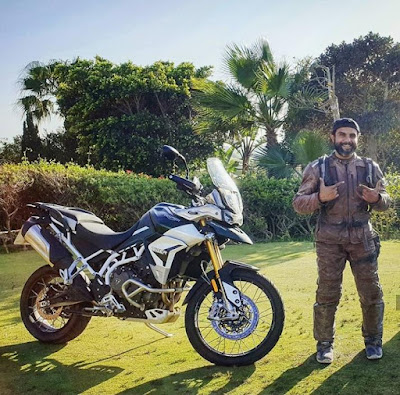 Murthaza Junaid, an Automobile Engineer runs a famous Art of Motorcycle Workshop in Bengaluru with his Brother. ... He owns Triumph Tiger too, he named the bike "Maya". He has won 70 trophies in Royal Enfield Races all over the country and he holds the record for the fastest uphill Royal Enfield ride on Nandi Hills. 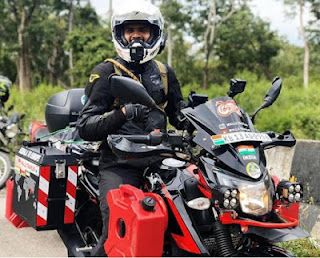 Mallu Traveler from the southern Indian state of Kerala. 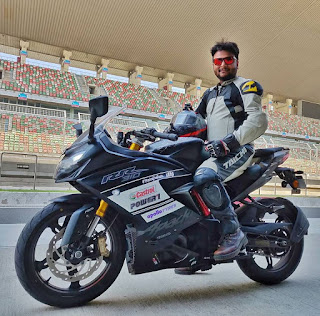 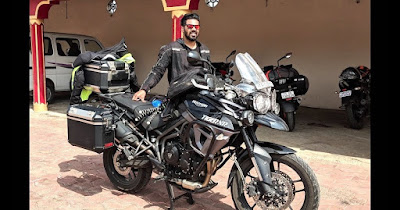 Hyderabad-based Sriman Kotaru is one of the most popular moto vloggers in the country. His knowledge about bikes, his passion to help fellow bikers and his way of speaking has attracted a loyal group of followers on YouTube 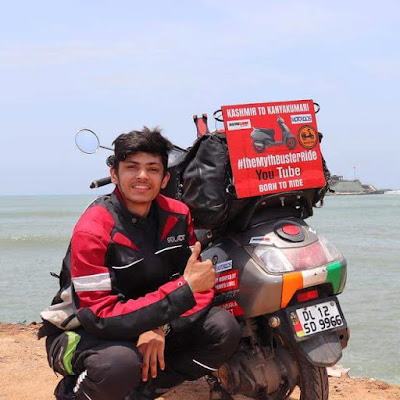 Lakhshay Anand aka Born To Ride was an Indian moto vlogger and a bike rider from west Delhi, India. He inspired to start riding and vlogging from the great Indian Moto Vlogger Mumbiker Nikhil. Now he was very popular after his Kashmir To Kanyakumari ride on a scooter which was TVS Jupiter with his friend Sharoon Khan. Lakhshay Anand was very active on his social media account like Facebook, Instagram, Twitter 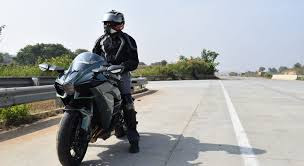 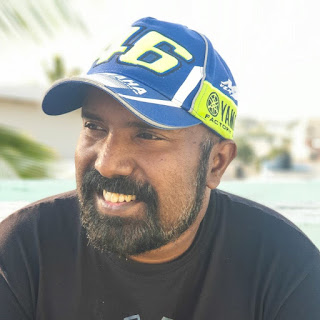 Dinesh Kumar Gunasekara, a.k.a Dino, of Dino's Vault is a name to reckon with when it comes to vlogs and reviews on automobiles across various social media platforms. Be it Instagram or YouTube, the automobile content that Hyderabad-based Dino posts is right up there among the best in the business. 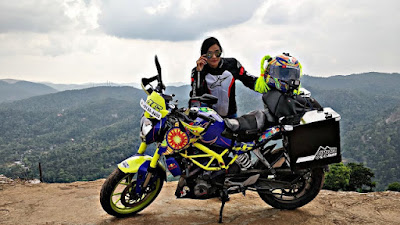 RiderGirl Vishakha. She is 25  years old and was born on 3 rd Nov 1993 in  Mumbai, India. She is Indian by Nationality. Her mother has been a constant source of inspiration for her. An MBA by profession, she was a stunt rider but due to injuries, she left stunt riding and now participates in drag races and goes on long solo rides.

It is the popular Female Bike Rider from  Mumbai. She is the 1ST FEMALE MOTOVLOGGER in India. She started Bike riding with the aim to Break All Stereotypes about being a Girl.

Vlogging as a concept is rather new in India, But It is growing! There are many new moto vloggers adding to the list every day, it takes time and a lot of efforts to do the moto vlogging. Following new and old moto vloggers :