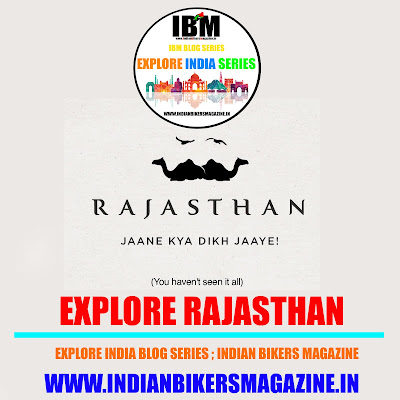 Rajasthan is one of the most popular tourist destinations in India, for both domestic and international tourists. Rajasthan attracts tourists for its historical forts, palaces, art and culture with its slogan 'Padharo mahare desh'. Every third foreign tourist visiting India travels to Rajasthan as it is part of the Golden Triangle for tourists visiting India.

The palaces of Jaipur, lakes of Udaipur, and desert forts of Jodhpur, Bikaner, and Jaisalmer are among the most preferred destinations of many tourists, Indian and foreign. Tourism accounts for eight percent of the state's domestic product. Many old and neglected palaces and forts have been converted into heritage hotels.
Rajasthan is known for its historical hill forts & palaces, it is claimed as the best place for tourism related to palaces.
l Umaid Bhawan Palace: It is the largest Royal Palace in Rajasthan. It is also one of the largest private residences in the world.
l Lake Palace: It is now a luxury hotel located in Pichola Lake, Udaipur.
l Hawa Mahal: It is known as "Palace of Wind" or "Palace of Breeze" because there are more than 950 Windows in the Palace.
l Rambagh Palace: Formerly a Royal Palace now converted into a Heritage Hotel.
l Devi Garh Palace: Formerly a palace now converted into a Heritage Hotel, In 2006, The New York Times named it as one if leading luxurious hotel in Indian subcontinent.

The six Hill Forts of Rajasthan, spread across Rajasthan state in northern India, clustered together as a designated UNESCO World Heritage Site. The forts are mainly based in the Aravalli Range and were built and enhanced between the 5th and 18th centuries CE by several Rajput kings of different kingdoms. They comprise:
1. Chittor Fort at Chittorgarh
2. Kumbhalgarh Fort at Kumbhalgarh
3. Ranthambore Fort at Sawai Madhopur
4. Gagron Fort at Jhalawar
5. Amer Fort at Jaipur
6. Jaisalmer Fort at Jaisalmer
Some of these forts have defensive fortification wall up to 20 km long, still surviving urban centers and still in use water harvesting mechanism.

· Ajmer - Popular for shrine of Sufi Saikhllnt Khwaja Moinuddin Chishti and Digambar Jain Temple Soniji Ki Nasiyan.
· Barmer - Barmer and surrounding areas offer a perfect picture of typical Rajasthani villages.
· Bhilwara - Popular for its textile industry. Hamirgarh Eco-park and Harni Mahadev temple are important tourist destinations.
· Bikaner - Famous for its havelis, palaces and the Karni Mata Temple in Deshnoke.
· Chittorgarh - Popular for its monument and fort.
· Bundi - Popular for its forts, palaces and stepwell reservoirs known as baoris.
· Dausa - It is popular for Chand Baori and Mehandipur Balaji Temple.
· Jaipur - Known as pink city of India and the capital of Rajasthan.
· Jaisalmer - Famous for its golden fortress, havelis and some of the oldest Jain Temples and libraries.
· Jhalawar district - Caves like Binnayaga Buddhist Caves, Hathiagor Buddhist Caves, Kolvi Caves are popular medieval architecture of India.
· Jodhpur - Famous for architecture & blue homes giving the name "Blue City"
· Kota - Known for its gardens, palaces, and Chambal river safari.
· Mount Abu - A hill station with 11th-century Dilwara Jain Temples. The highest peak in the Aravalli Range of Rajasthan, Guru Shikhar is just 15 km from the main town.
· Nathdwara - This town near Udaipur hosts the temple of Shrinathji.
· Neemrana - home to the Neemrana Fort.
· Pushkar - It has the first and one of the very few Brahma temples in the world.
· Ranakpur - Large Jain Temple complex with near 1444 pillars and exquisite marble carvings.
· Ranthambore - Situated near Sawai Madhopur. This town has historic Ranthambore Fort and one of the largest national parks in India (Ranthambore National Park).
· Sariska Tiger Reserve - Situated in the Alwar district.
· Shekhawati - Located are small towns such as Mandawa and Ramgarh with frescoed Havelis between 100 years to 300 years old, and Vedic period Dhosi Hill.
· Udaipur - Known as the "Venice of India".

INDIAN BIKERS MAGAZINE  is a website for riders across India. “Explore India Series” Giving a platform for riders to share their experience & explore places, on the website which will be help full for fellow riders, do share your riding experience. The link below does share your Experience 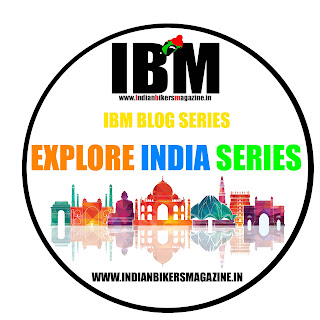