BS6 BIKES IN INDIA The new BS6 emission regulations are set to be implemented in the country, starting from the 1st April 2020. All bikes sold post this date will need to mandatorily comply with the stringent emission norms. However, many two-wheeler manufacturers in India have already introduced BS-VI compliant models in the market. Here is a list of BS6 compliant two-wheelers in India.
Honda SP 125 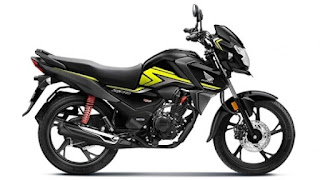 Honda SP 125 is the second BS-VI compliant two-wheeler launched in the Indian market, after the Honda Activa 125. The motorcycle is offered with several segment-first features including an engine start-stop switch, a fully-digital instrument cluster, a silent start with ACG motor and more. The SP 125 also features programmable fuel-injection with Honda’s Enhanced Smart Power (eSP) engine technology. The motorcycle is powered by a BS-VI compliant fuel-injected 124cc engine producing 10.7bhp and 10.9Nm of torque and comes mated to a five-speed gearbox. 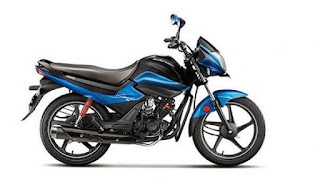 The Hero Splendor iSmart is the first BS-VI compliant motorcycle in the country. The bike features fuel-injected technology for added efficiency. It also comes with six sensors along with the brand’s i3S technology for improved fuel efficiency and performance. The Splendor iSmart is powered by a BS-VI compliant fuel-injected 113.2cc engine producing 9bhp and 9.89Nm of torque and comes mated to a four-speed gearbox. 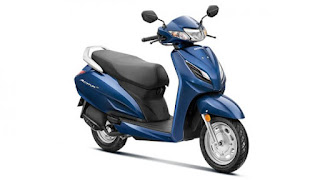 Honda Activa 6G succeeds the old Activa 5G. The new scooter comes with a couple of new features. This includes an external fuel filler cap, multi function button, silent start system; among others. Honda Activa 6G continues to be powered by the same 109cc engine, which is fuel injected now. It produces 7.6bhp and 8.79Nm of torque. 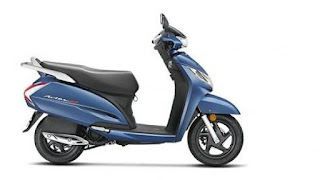 The Honda Activa 125 is the first BS-VI compliant two-wheeler in the Indian market. The scooter features the brand’s ‘Silent Start Technology’ with the help of an ACG starter motor. Honda claims that the new BS6 complaint engine is 13% more efficient than the older unit. Other features on the scooter include fuel-injection technology, real-time mileage, distance to empty and an idle-start-stop system for increased fuel efficiency. The Activa 125 is powered by a 124cc engine producing 8.1bhp and 10.3Nm of torque. The Honda Activa 125 is offered in three-different variants from the company. 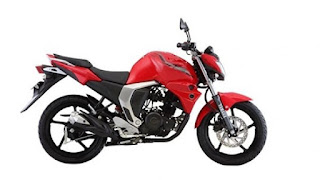 Yamaha FZ Fi is the first BS-VI motorcycle launched in India by the Japanese brand. The Yamaha FZ naked motorcycle features fully-digital instrument cluster, LED headlights, single-channel ABS and more. The FZ is powered by a 149cc fuel-injected, single-cylinder engine producing 12.2bhp and 13.6Nm of torque; mated to a five-speed gearbox. The FZ V 3.0 BS-VI motorcycle is offered with two new colours from the company as well. 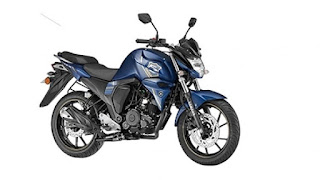 Yamaha FZS FI V3.0 is the second BS-VI compliant motorcycle from the brand, introduced alongside the FZ-Fi. The Yamaha FZS-Fi is similar to its sibling, although there are a few cosmetic changes to differentiate between the two. This includes different body graphics, chrome trim inserts on the tank, engine guard and is different colour options as well. The Yamaha FZS-Fi is powered by a 149cc single-cylinder fuel-injected engine producing 12.2bhp and 13.6Nm of torque. The engine comes mated to a five-speed gearbox. 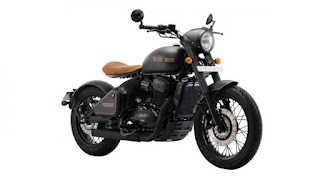 Jawa Perak is the third motorcycle from the brand in India. The motorcycle is offered with a bobber style design and retro-looks. The round-shaped headlamps, twin-exhaust, bar-end mirrors, single-seat and lower-set indicators with curved rear fenders completes the retro-look of Perak motorcycle. The motorcycle is powered by a single-cylinder, liquid-cooled, 343cc engine producing 30bhp and 31Nm of torque. The engine comes mated to a six-speed gearbox. 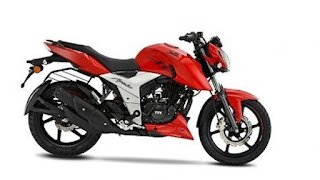 TVS Apache RTR 160 4V is the first motorcycle to become BS-VI compliant in the brand’s line-up. The TVS Apache RTR 160 4V comes powered by a 159.7cc single-cylinder air/oil-cooled engine producing 16bhp and 14.1Nm of torque. The engine comes mated to a five-speed gearbox. Other features include LED lighting across the bike, (GTT) technology for ease of commute in traffic, feather-touch start, and single-channel ABS. 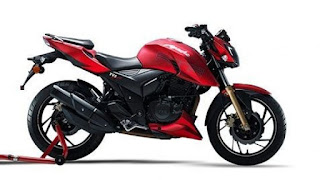 TVS Apache RTR 200 4V is the second motorcycle from the brand to feature a BS-VI compliant engine. The bike features the brand’s ‘SmartXonnect’ for Bluetooth connectivity, which offers turn-by-turn navigation, Call/SMS alerts and more. The TVS Apache RTR 200 4V is powered by an oil/air-cooled, single-cylinder, 197.75cc engine producing 20bhp and 16.8Nm of torque. The engine comes mated to a five-speed gearbox with the slipper-assist clutch. Other features include LED lighting across the bike, (GTT) technology for ease of commute in traffic, feather-touch start, and dual-channel ABS with RLP as well. 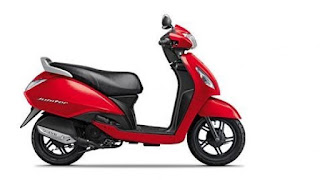 TVS Jupiter is the first BS-VI scooter from the brand. The scooter now features the brand’s ET-Fi fuel-injection for improved fuel efficiency and refinement. Other features to the scooter include a new front pocket with a USB slot to charge your smartphone, and tinted visor as well. The TVS Jupiter is powered by an air-cooled, single-cylinder, 109.7cc engine producing 7.8bhp and 8Nm of torque. Other features include a dual-tone seat and cushioned backrest for the pillion rider. 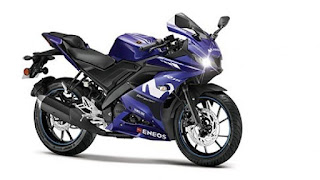 The Yamaha R15 has been the brand's iconic fully-faired motorcycle for years in India. The motorcycle has received several updates over the years adding better equipment. The Yamaha R15 V3.0 is powered by a liquid-cooled, single-cylinder, 155cc engine, which now produces 18.3bhp and 14.1Nm of torque. The engine comes mated to the same six-speed gearbox with a slipper assist clutch. Other changes to the BS-VI model include the addition of radial tyre and side-stand activated engine cut-off. 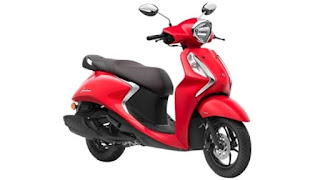 The new Yamaha Fascino 125 Fi will replace the older 113cc powertrain found on the older models. Other updated features on the scooter include new alloy wheels, multi-functional key, USB charging, foldable hook, and side-stand cut-off switch and more. The new Yamaha Fascino is powered by a fuel-injected, single-cylinder, 125cc engine. It produces 8bhp and 9.7Nm of torque. The BS-VI scooter is also equipped with Combined Braking System for additional safety as well. 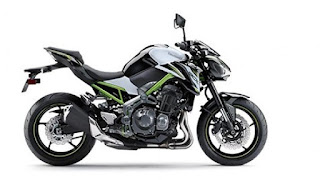 Kawasaki Z900 is one of the earliest premium performance motorcycles to receive a BS-VI powertrain in the country. The naked motorcycle retains its mean looks and performance with the new iterations. Apart from the engine, the new motorcycle also features a host of upgrades. This includes all LED lighting, updated suspension settings at both ends, a new 4.3-inch TFT instrument cluster with smartphone connectivity and more. The Kawasaki Z900 is powered by the same liquid-cooled, in-line four, 948cc engine. The engine now produces 123bhp at 9,500rpm and 98.4Nm of peak torque at 7,700rpm and comes mated to a six-speed gearbox. 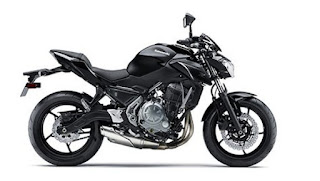 Kawasaki Z650 is a naked mid-segment premium motorcycle in India. The motorcycle has received a BS6 compliant engine and few other upgrades in its newest iteration. It also features a new instrument console in the form of a 4.3-inch TFT screen. The new instrument cluster is also Bluetooth enabled for smartphone pairing. The rider can use Kawasaki’s ‘Rideology’ smartphone application for added connectivity features. Z650 is powered by the 649cc engine, which is now made BS-VI complaint. It produces 67.3bhp at 8,000rpm and a peak torque of 65.7Nm at 6,500rpm. The engine will continue to come mated to a six-speed gearbox. 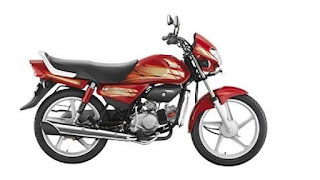 Hero HF Deluxe has been updated to meet the upcoming emission norms by the brand. The 100cc motorcycle has received a significant upgrade to the powertrain in the form of a fuel-injected engine. The 100cc single-cylinder engine now produces 7.9bhp and 8Nm of peak torque. The engine will continue to come mated to a four-speed gearbox. 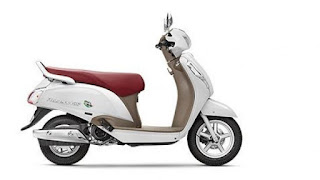 Suzuki Access 125 is the first BS6 compliant model from the Japanese brand. The scooter now features an updated design of the Access 125, which now offers a larger footboard, improved under-seat storage, larger seat, chrome inserts all around the scooter, and redesigned body graphics. The Access 125 is powered by the same 124cc single-cylinder engine which is now fuel-injected. It produces 8bhp at 6750rpm and 10Nm of peak torque at 5500rpm. 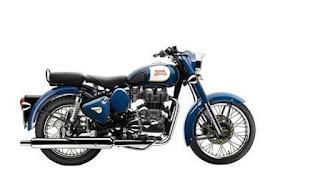 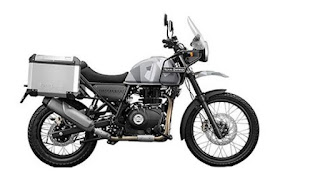 Royal Enfield Himalayan received an update with a BS6 engine and new colour options. The adventure bike from the brand has a couple of changes in the form of a switchable ABS and a Hazard toggle switch. Apart from the few changes the bike remains the same and continues to be powered by the same 411cc engine producing similar power and torque figures. 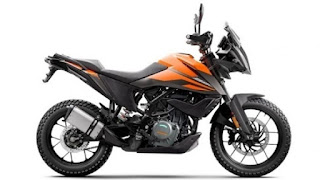 KTM 390 Adventures, is the motorcycle which created a lot of hype before its arrival on Indian roads. The adventure motorcycle from the Austrian brand comes equipped with a host of features. This includes traction control, switchable ABS, TFT display, and more. The Adventure 390 features a BS6 compliant, 373.2cc, DOHC single-cylinder engine that produces 43bhp of power and 37Nm of torque. The engine comes mated to a six-speed gearbox. 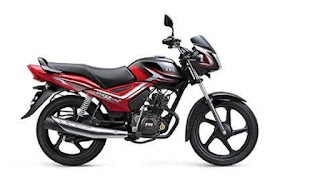 TVS Star City Plus has received new updates as part of the shift from BS4 to BS6 engine. The commuter motorcycle now features an LED headlamp, USB mobile charger, dual-tone seats, the new muffler design, and a combined braking system. The new BS6 engine is now fuel-injected and TVS claims 15% better fuel economy as compared to BS4 engine. The engine produces 8.06bhp and 8.7Nm of torque and comes mated to a four-speed gearbox. 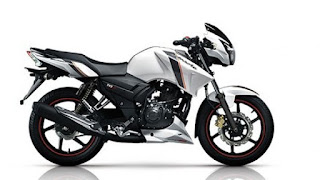 TVS Apache 160 still features the old-generation design of the motorcycle. However, the company has updated the bike with a BS6 engine. Apart from the engine the motorcycle also receives a couple of new features including, Glide Through Technology and Single-channel ABS. TVS Apache RTR 160 continues to be powered by a 159cc, single-cylinder, fuel-injected engine. It produces 15.3bhp and 13.9Nm of torque and comes mated to a five-speed gearbox.