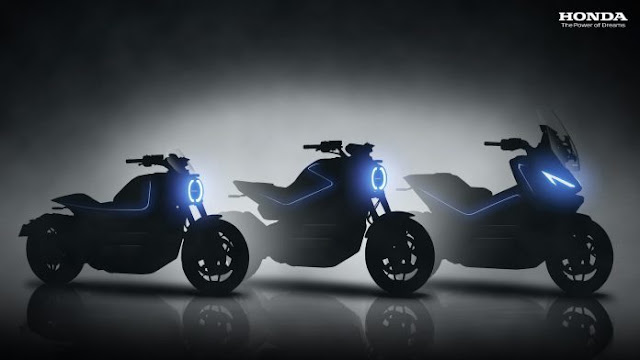 CO2 Neutral by 2050. That is the goal that Honda has set at a press conference. The Japanese brand aims at three goals with its eco-sustainable future.

Honda Aims to Achieve Carbon Neutrality of All Scooter and Motorcycle Products by 2040 by Accelerating Electrification and Will Continue to Follow Plan to Reduce Co2 Emosphere. Target two. Honda Aims to Launch 10 or More Electric Motorcycles Worldwide by 2025 and targets 1 million units in the next five years. Target 3: 3.5 Million units per year (IE 15% of the total) by 2030. 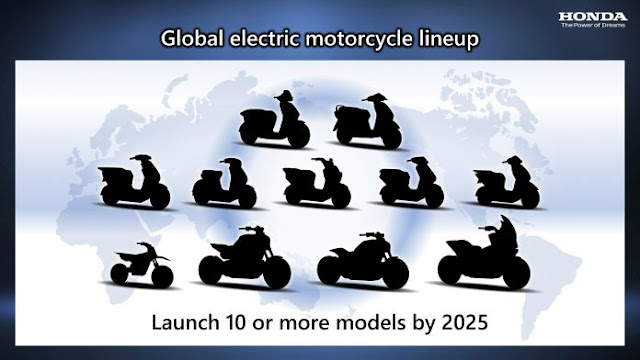 While the press release wasn't specific about the scooters Honda would be introducing in Asia and Europe, they did include a teaser image of what they called their three "FUN" offerings coming to the US, Europe and Japan. The photos feature a smaller cruiser, a larger nude bike, and a large touring bike on the other side.

As the world's largest motorcycle manufacturer, Honda aims to continue to lead the industry in this 'epoch of carbon neutrality by continuing to offer the 'Joy of Riding' with electric motorcycles and offering new products by leveraging a high degree of compatibility between software technology and electrified models. 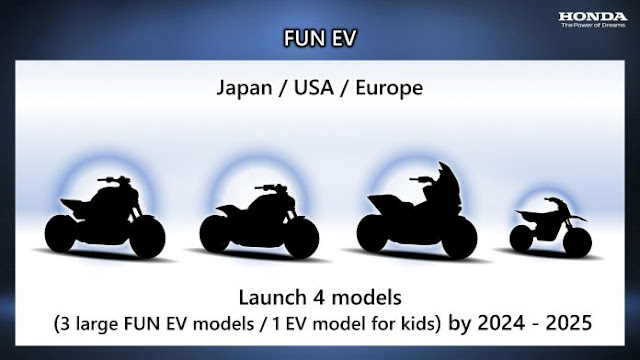 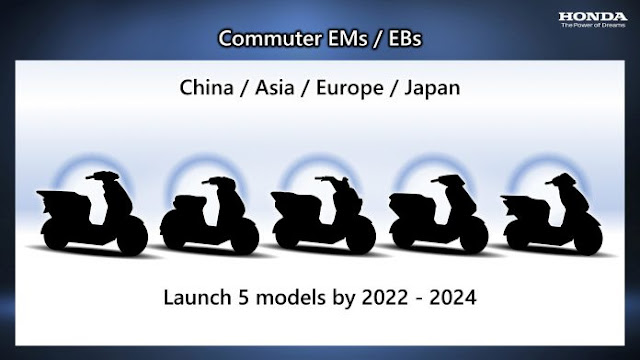 For private use, Honda plans to launch two EV commuter models in Asia, Europe and Japan between 2024 and 2025. In conjunction with these projects, in light of continued technological progress and market conditions, Honda will explore other power supply options in addition to interchangeable batteries.

Batteries are an essential part of electric vehicles. Therefore, Honda will use its resources to integrate solid-state batteries under development into Honda motorcycles.

ICE-powered motorcycles are not done yet, though gasoline will have a lower priority as a fuel in Honda motorcycles. There are already E100 flex-fuel motorcycles in Brazil, and they’re coming soon to India. Honda plans on introducing E20 flex-fuel models in India next year, and E100-fueled powerplants in 2025. 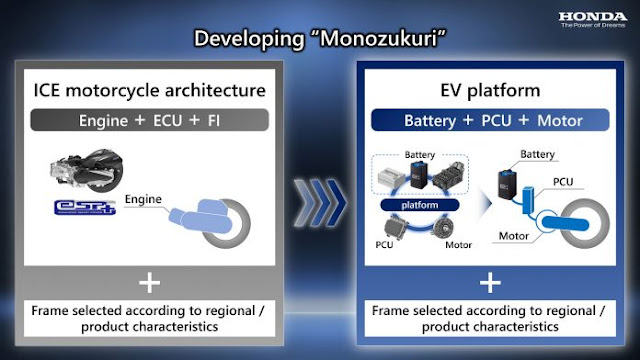 In India, already many Indian and Chinese motor companies introduced their electric motorcycles and scooters.