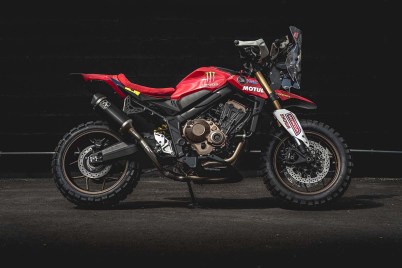 The bodywork has been reworked of course, with the neo-cafe look making way for the more purposeful dirt bike styling. A solo seat, handguards, and fork guards complete the look. Of course, the iconic header pipes are on full display. 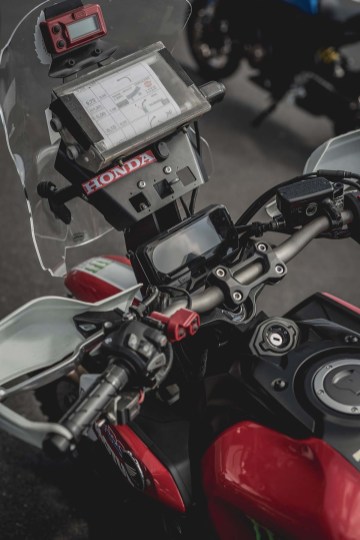 Fitted with a tribute to Paulo Gonçalves, who died during this year’s Dakar Rally, the bike is a rolling tribute to the Portuguese racer, who was also a long-time Honda rider.

Of course, the bike also commemorates Honda’s win at the 2020 Dakar Rally, where American Ricky Brabec rode the Honda CRF450 Rally to a commanding victory – the first for Honda, in over 30 years to win the prestigious race.

Honda Wingmotor kept the original 17” wheels, but they now wear TKC80 rubber. Up top are a set of handguards, along with a full nav tower and screen, complete with roadbook holder. The race-replica livery serves to commemorate Honda’s 2020 Dakar victory and the graphic on top of the tank is a tribute to Portuguese Honda racer Paulo Gonçalves, who lost his life in the very same rally. [More] 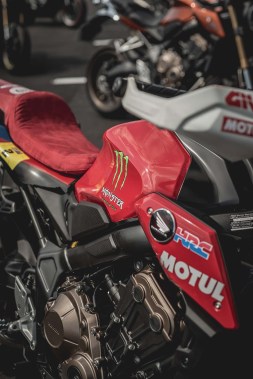 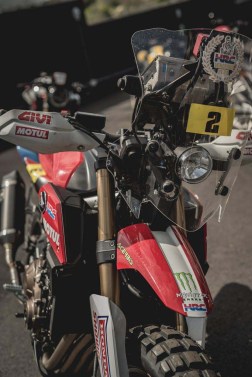 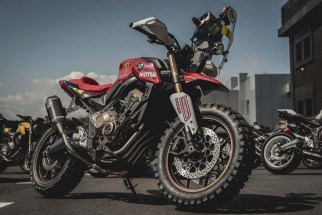 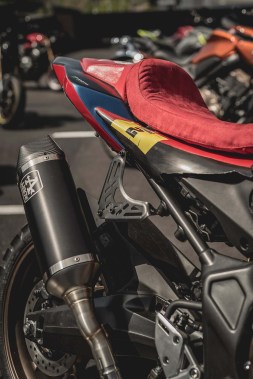