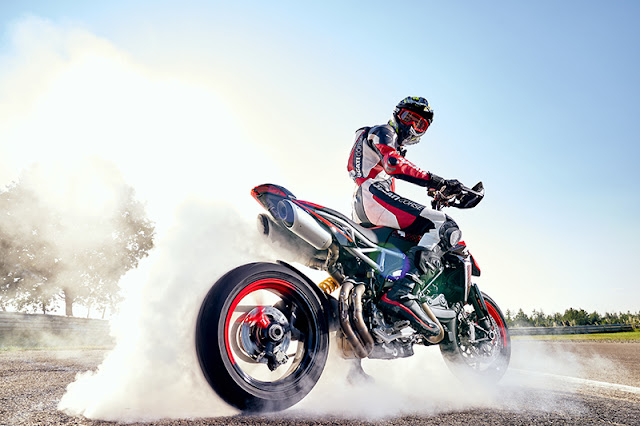 The 2020 Ducati Hypermotard 950 RVE. Equipped with an up/down quick-shifter and the brash graffiti-styled livery that is directly inspired by the Hypermotard 950 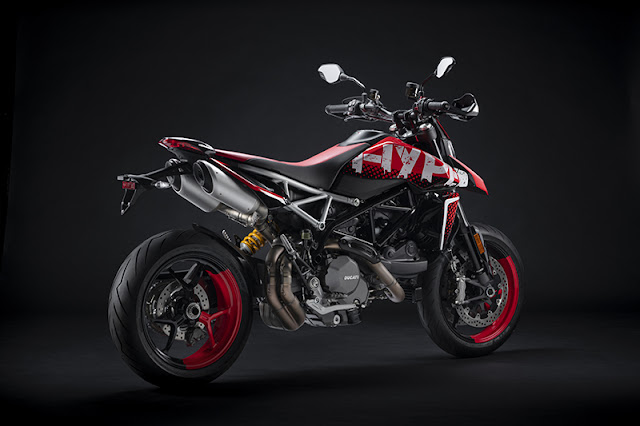 Ducati will offer the Hypermotard 950 RVE as a limited edition, A numbered badge will be included on each machine. 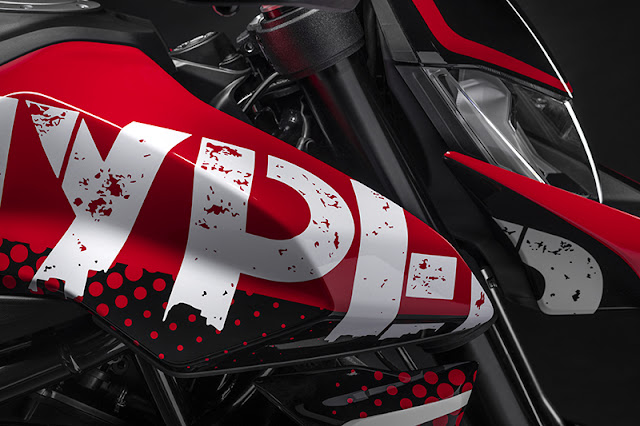 The bike employs a 937 cc, the twin-cylinder engine which is known to develop 114 PS of power and 96 Nm of torque. The 6-speed transmission unit also remains the same. Being based on the base Hypermotard 950, the bike also shares the same adjustable 45 mm Marzocchi front forks and rear mono-shock. As a part of the standard kit, it also receives a bi-directional Ducati Quickshifter (DQS EVO).

The bike has been priced at £11,750 which converts to around ₹11.32 lakh. It has been slated to go on sale in the global market starting from July. It's not known if the RVE variant will arrive in India anytime soon and if it does, expect its pricing to be higher than ₹12 lakh.