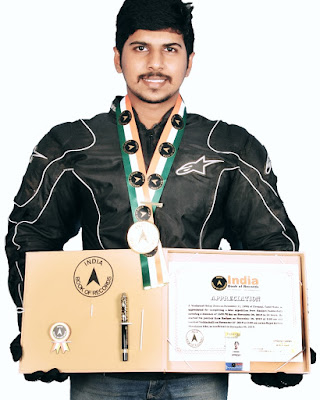 Venkatesh started  ride-on 26th Nov 2019 from Ranipet, TamilNadu at 2 Am on my Royal Enfield Himalayan BS-4,  Reached Pune via Banglore, at 4pm I reached Pune and started way back to Banglore. covering 1647kms in 23hrs 10min.
Ride route was Ranipet-Krishnagiri-Banglore-Chitradurga-Kolhapur-Pune-Belgaum-Banglore
On 26th Dec 2019.  The rider was awarded as the Youngest Rider 19 year to cover Longest distance on a motorcycle by INDIA BOOK OF RECORDS (IBR). 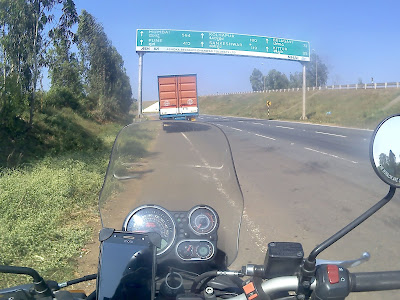 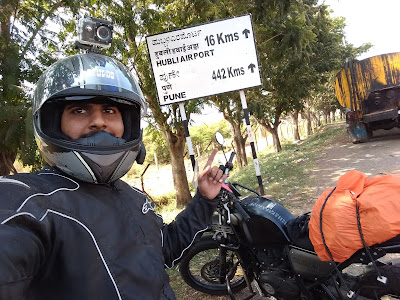 Venkatesh Says,
I am a mechanical engineer by profession, Biker by passion. My passion for bikes started when I was 12, my dad had a Yamaha Rx100. I was short and couldn't balance the bike. I would wear my sister's heels slippers and for adjusting my height. I did my Ride to Royal Enfield Ridermania Goa as solo where I was given the title youngest Rider among all Motorcyclists. In 2018 I had a severe crash when I was on a Ride from Pune to Chennai, where a lorry hit me because the driver was drunk and I was thrown into the fields. I had ligament tear on my neck and 6 fractures on my right leg. I had been informed to be bedridden for 8 months and no motorcycling. it was 2 months without my bike and I couldn't resist anymore lying on the bed. I read an article of a Rider from the USA rode long-distance motorcycling in 24hrs and I was inspired by that. sitting on my wheelchair I planned for about 4 weeks and by that time I got almost recovered.
Follow On