There could be many reasons behind the catching fire, a vehicle built, batteries. The most prominent reason for these fires could be the improper use of imported Chinese battery cells without optimizing them for India’s hot climatic conditions. hot climatic conditions, Somesh Kumar, power and utilities leader at consultancy Ernst & Young said. The use of imported batteries requires intricate soldering and custom-shaped casing. 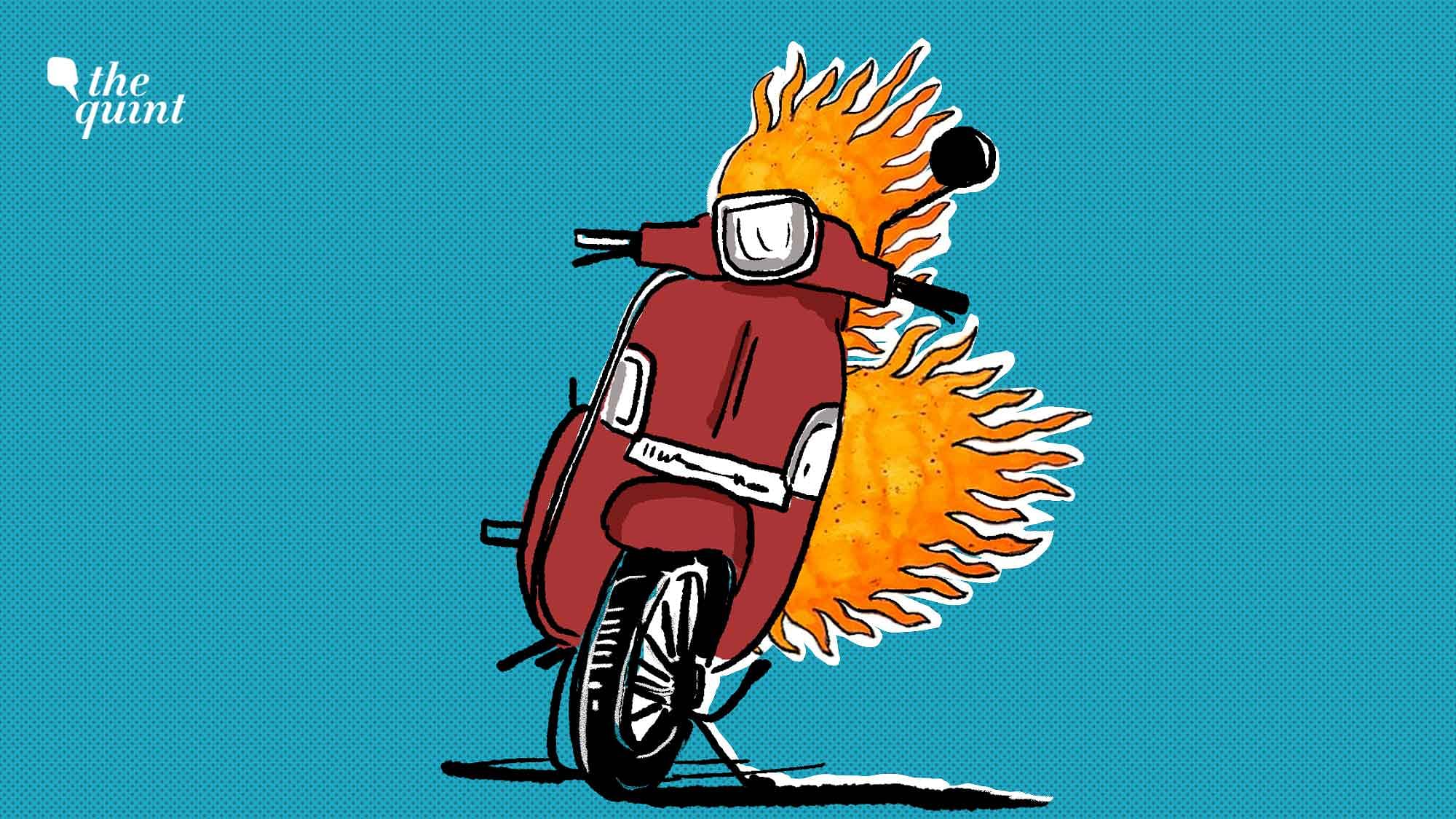 But summer heat peaks causing battery fires are a misconception, according to Arun Vinayak, cofounder of Exponent Energy, which builds 15-minute fast-chargers for commercial vehicles. He said ambient temperatures don’t cause battery temperatures to rise, as most batteries have a thermal cutoff, which prevents overheating. The probable cause of fires in most cases is software or hardware failures in the battery management system.

The incident in Pune is not the first reported fire accident involving an electric vehicle. On the same day (March 26) as the Pune incident, there was another, where a man and his daughter died after their e-bike caught fire in Vellore, Tamil Nadu.

In December 2021, a 60-year-old man was suffocated to death and four others were injured in Kanhai village, Gurugram after their electric two-wheeler exploded during charging at home. In the same month, electric bike X1 from Gwalior-based company Super Eco caught fire in Mumbai.

In September 2021, videos of two Pure EV’s Epluto electric scooters on fire went viral on social media. The same month, there was a fire incident involving an Okinawa electric scooter.

The Indian EV segment is largely dependent on imports, especially for batteries. Hence, a mechanism to prevent safety-related incidents is a must, media reports quoted Suraj Ghosh, associate director, IHS Markit, as saying.

Ghosh further pointed out that the safety concerns are greater in the two-wheeler category since it’s dense with new companies with lower access to, or purchasing capacity for, high-grade batteries from credible suppliers. The cost pressure they feel to qualify for the Central scheme of FAME and other state-level incentives accentuate the issue.

What causes fire in EVs?

RISE Research Institutes of Sweden’s report on “Fire Safety of Lithium-Ion Batteries in Road Vehicles” observed: “As the use of lithium-ion battery-powered road vehicles continues to increase around the world, their involvement in traffic accidents and fire incidents are likely to rise. This can damage the lithium-ion battery and subsequently pose a threat to occupants.”

There are many different types of lithium-ion batteries, with different packaging and chemistries but also variations in how they are integrated into modern vehicles. To use lithium-ion batteries safely means to keep the cells within a defined voltage and temperature window. These limits can be exceeded as a result of crash or fault conditions, the report said.

Thermal runaway: The primary safety concern with LIBs originates from the individual battery cells that make up the battery pack. The battery cell may release gas when abused, which can ignite or cause an explosion, the report stated.

Internal cell short circuits can occur very suddenly and without previous warning. This can be a result of manufacturing defects or physical damage due to dendrite growth or mechanical deformation and when the internal short circuit occurs, the resulting damage is often severe.

An external short circuit is another form of electric abuse that may destabilize the battery. This event may occur in case the battery is exposed to, for example, severe mechanical deformation and impact, immersion in water, corrosion and electric shock during maintenance. Also, batteries, when exposed to high temperatures, may lead to problems. When a battery does fail this may have several different outcomes, e.g. venting, fire or even explosion.

According to experts, there are many levels of fire safety to consider in an EV. In an ideal situation, the individual battery cells would be designed to prevent short circuits and other malfunctions that could lead to overheating and thermal runaway. The battery management system (BMS) would be able to handle all threats to the battery, both internal and external and interact efficiently with the other safety systems in the vehicle as needed.