The first motorcycle "Daimler Reitwagen" invented by Gottlieb Daimler and Wilhelm Maybach in Germany, in 1885. 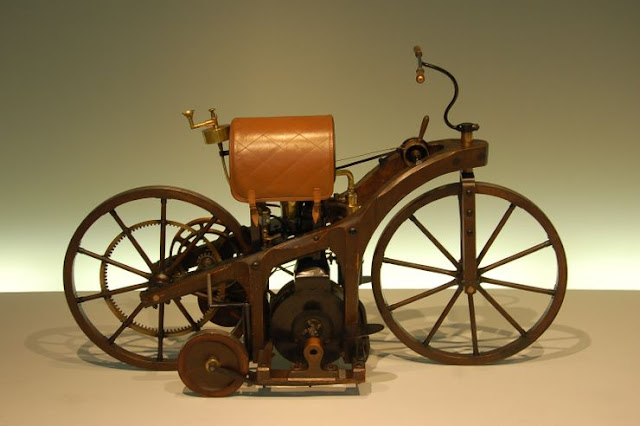 The first motorcycle was invented in Germany in 1885 by Gottlieb Daimler and Wilhelm Maybach. and this motorcycle first test rider is Daimler's son Paul.
This motorcycle was essentially a wooden cycle frame without pedals. Engine powered by a single-cylinder otto-cycle engine with a spray-type carburetor. and that time this engine is powerful compare to other combustion engines. 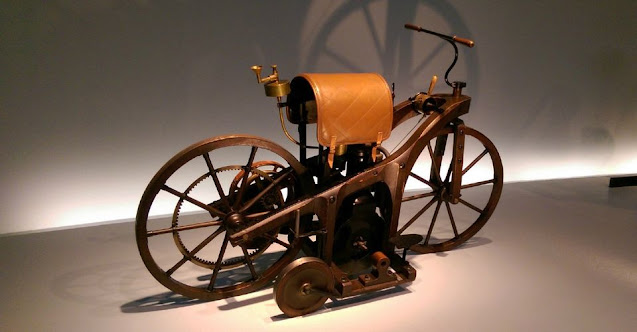 Here are some interesting facts about the first motorcycle. 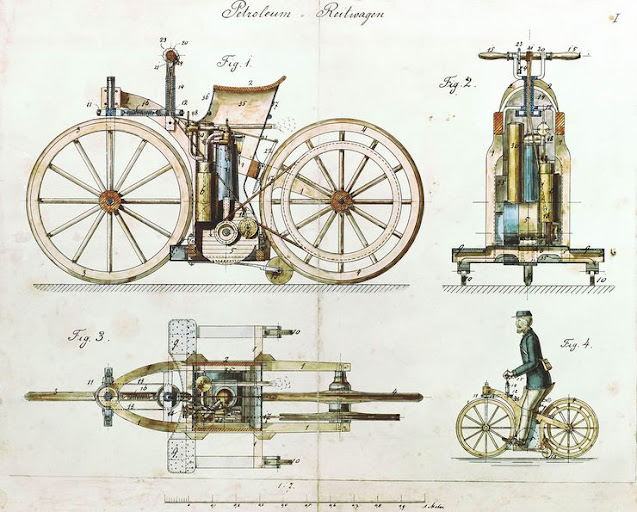 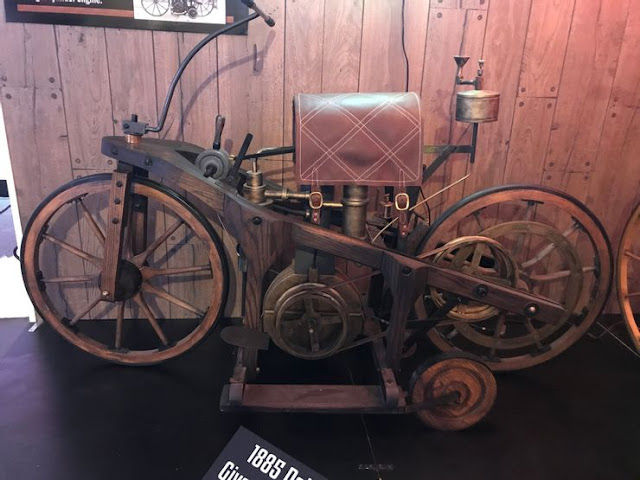 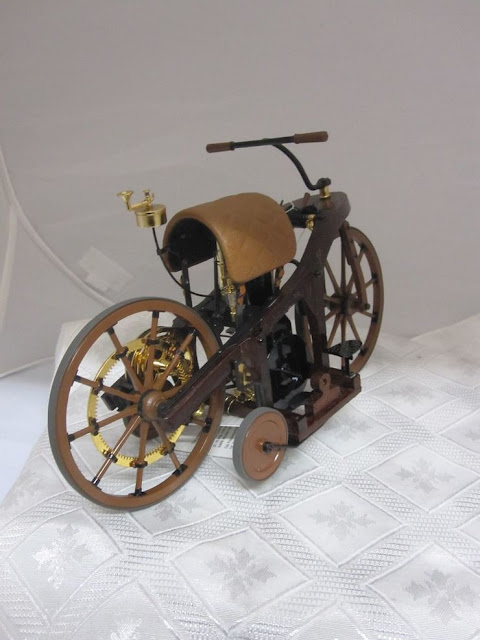 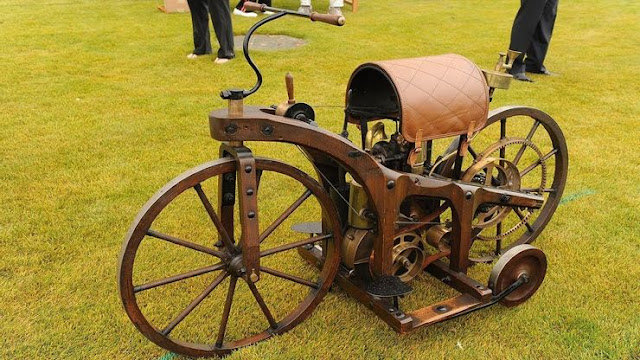 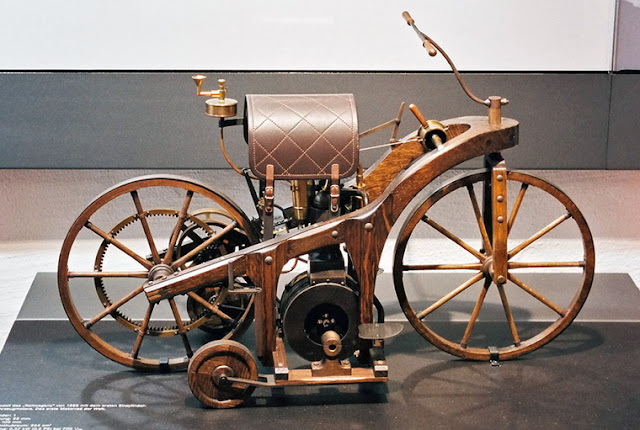 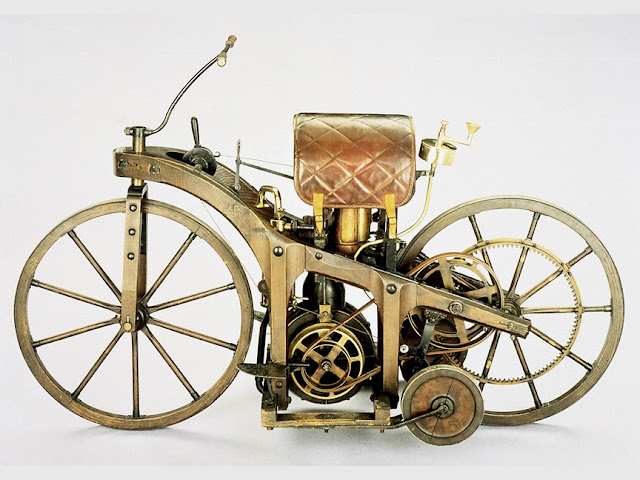