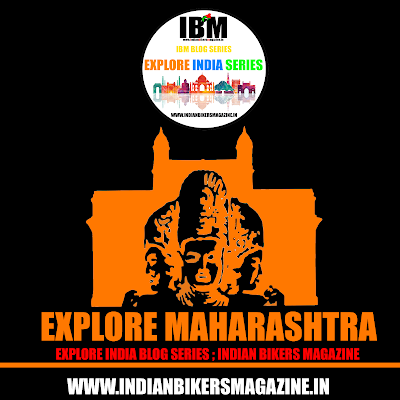 Welcome to Maharashtra. A land whose sheer size and diversity will stun you. Enjoy Mountains that stretch out into the mists as far as the eye can see. Her innumerous forts that stand proud and strong. Her scores of temples, sculpted into and out of basalt rock.

Her diverse and colourfull cultures, woven into one gigantic quilt. Her festivals that galvanize the sleepy thousands into fervent motion. And her miles of silver, white beaches, stretched taut and inviting over the entire coast. Welcome aboard a travel package that gives you a glimpse into this vibrant and beautiful land.
Welcome to Maharashtra. A land is untouched, unsullied, unlimited. 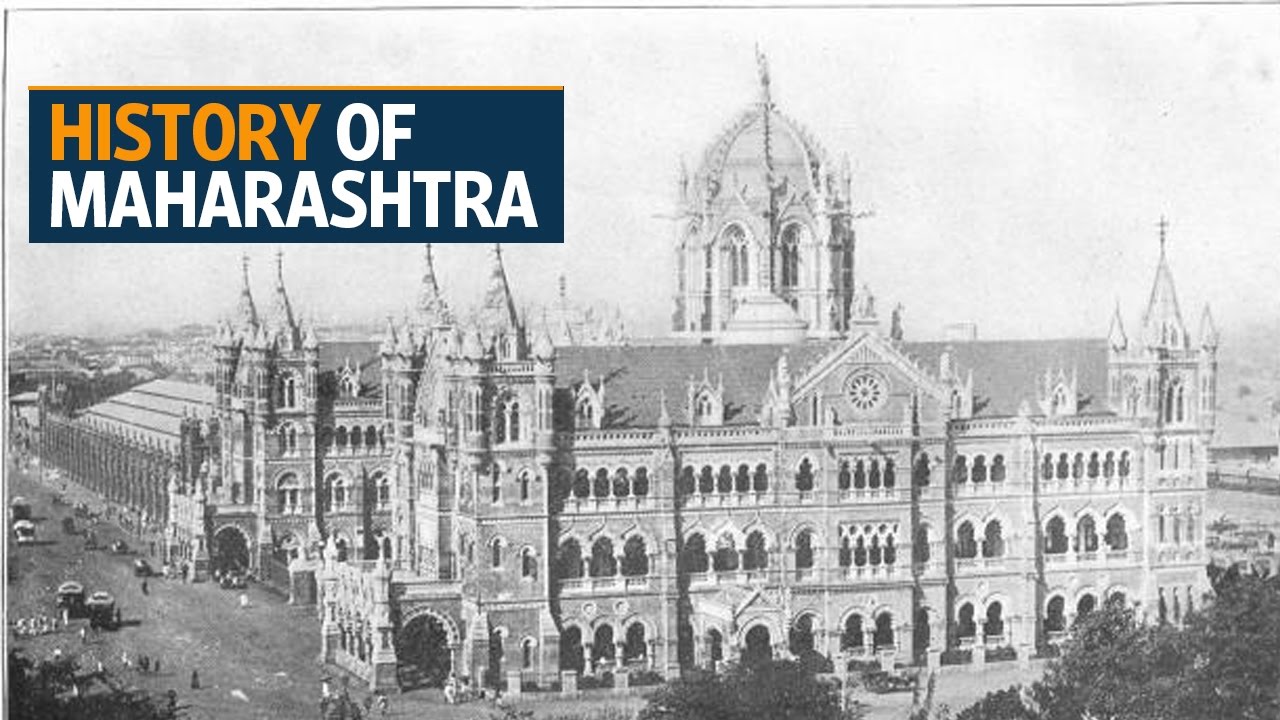 The modern state of Maharashtra is bordered by the Arabian Sea to the West, Gujrat and the Union Territory of Dadara Nagar haveli to the North West, Madhya Pradesh to the North & North East, Chhattisgadh to the East, Karnataka to the South, Andhra Pradesh to the South East and Goa to the South West.
The antiquity of the human habitation in the state goes back to the stone age period (1.27 million years ago). Numerous sites with the stone age tools have been reported on the bank of various rivers as well as in the river valley. Numerous Chalcolithic sites have been located and some like Inamgaon(1300 BCE to 700 BCE) were extensively excavated.
During the historical period (after 6th century BCE) the rule of the Mauryas (4th century BCE to 2nd century BCE) is clearly seen in Maharashtra. Remains of the inscriptions of Ashoka have been found in the state. A long-lasting rule over the state was that of the Satavahanas (1st century BCE to 3rd Century CE). This was a very flourishing period of the state. The international trade with the western world was in full swing during this period. The ports in Maharashtra played a major role in this. The result can be seen in the excavation of a number of Buddhist rock-cut caves like Bhaja, Pitalkhore, Karla Nasik, etc patronized mainly by the trading community. The Western Kshatrapas were ruling from Gujrat but they had conquered some o the Satavahana territory for some time. The Satavahanas defeated these rulers in 78 CE and regained their land. The Satavahana rule expanded not only in the whole of the modern state of Maharashtra but also in parts of Andhra Pradesh, Karnataka, and Madhya Pradesh.
After the decline of the Satvahana rule, many small kingdoms were established in different parts of Maharashtra like the Abhiras, Traikutakas, etc. But in the 4th century CE, the Vakataka rulers came to prominence. They had two branches both ruling in Vidarbha. Some of their rulers had patronized the cave excavation activities at Ajanta in 5th century CE.
Maharashtra was ruled by a few rulers in the 6th -7th centuries CE .like the Kalachuris (Madhya Pradesh) and Western Chalukyas (Karnataka). But a stable rule started in the 8th century CE when the Rashtrakutas came to power. They were also involved in the creation of the world-famous caves at Ellora. Their rule was extended not only in Maharashtra but also in Karnataka. At one point in time, they had conquered the entire region between the states of Maharashtra and Uttar Pradesh.
The Yadavas (10th century to 13th century CE) were the next rulers in the state. Their rule lasted for a long time over the parts of central and eastern Maharashtra. The Shilahara rulers were contemporary to them ruling in the western and southern Maharashtra. This period marks the efflorescence of the temple building activity in Maharashtra. Impressive temples were constructed at a number of places like Hottal, Nilanga, Khidrapur, Gondeshwara, etc. some forts like Devagiri, Panhala were also built during this period. The Yadavas were defeated by Allauddin Khilji of the Delhi Sultanat.
Muhammad bin Tughluq shifted his capital to Daulatabad (Devagiri) from Delhi for some time. After the decline of the Tughluqs, the Bahmani Sultanat started ruling over Maharashtra in the 14th century CE. The Faruqi ruled over the Khandesh region and the Gujrat Sultans ruled over Mumbai and surrounding regions in the 14th – 15th centuries CE. After the disintegration of the Bahamani Empire, the Nizamshahi and Adilshahi rule over different parts of the state. In the 17th century, CE Chhatrapati Shivaji established his independent rule in Maharashtra. He coronated himself as a sovereign ruler in 1674 CE. This local Maratha kingdom expanded itself into the Maratha Empire in the 18th and early 19th centuries CE until the Britishers took over it in 1819. Since then with the contribution of numerous freedom fighters, Maharashtra played a major role in the struggle for independence. On 1st May 1960, the separate Marathi speaking state of Maharashtra was created on public demand. Since then the state has been leading in all fronts in the country. 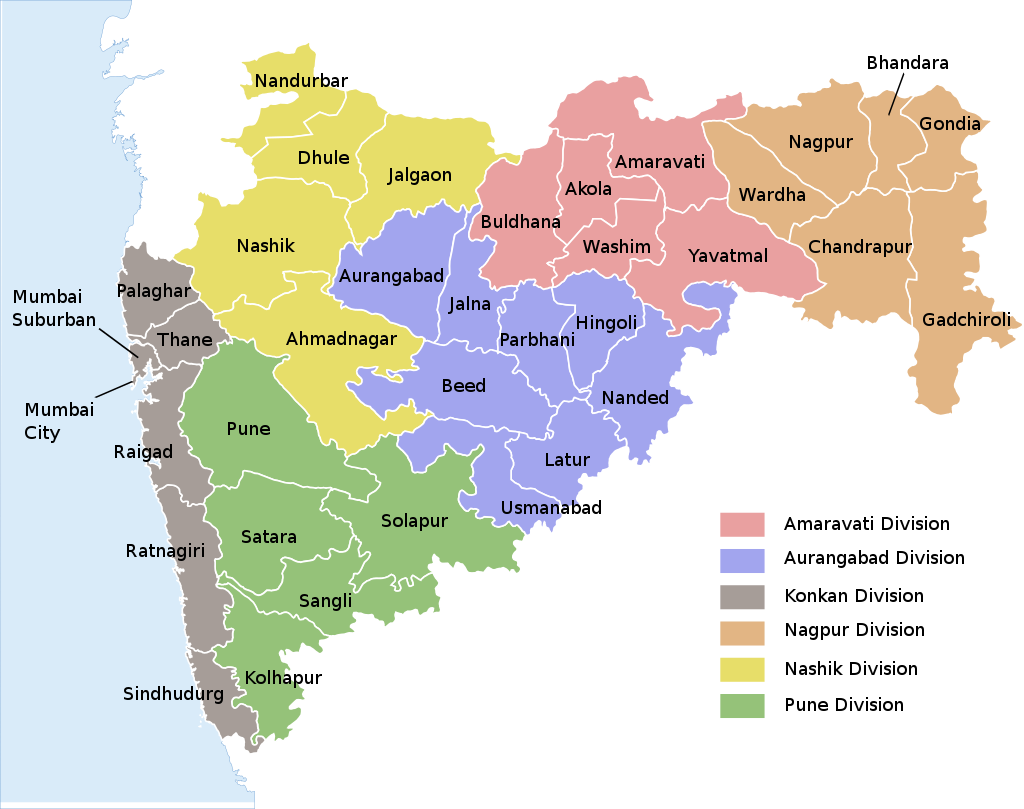 The Sahyadris holds several beautiful hill stations in their lap, which are cool, beautiful, and refreshingly serene. Best of all, they are usually near a city.
These include
· Matheran
· Lonavala
· Khandala
· Mahabaleshwar
· Panchagani
· Bhandardara
· Malshej Ghat
· Amboli
· Chikhaldara Panhala
· Panchgani
·  Sawantwadi
· Toranmal
· Jawahar.

Sahyadri is every inch the trekker's paradise with its treasure trove of green hills, dotted lakes and forests. And if history is what holds your heart—apart from a love of the outdoors, choose any of its forts or caves from the Buddhist era. Noteworthy examples include:
Rajmachi Fort along the Khandala plateau, and Karla Caves built around the 2nd century BCE, the Sinhgadh, Tikona and Lohagadh Fort in Pune; Kalsubai Peak, Raigad Fort in Konkan, and Rajgad and Shivneri, 65 and 110 kms respectively from Pune. Wakki Woods 30 km away from Nagpur is another lovely place to explore and, offers activities like bird watching, boating, archery, amongst other activities.

Maharashtra is home to several national parks. Project Tiger, the Government of India initiative to preserve and increase the tiger population, has 4 major areas of concentration in the state namely Tadoba-Andhari, Melghat, Sahyadri and Pench. The Bor Wildlife Sanctuary of Wardha in Eastern Vidharbha was also declared a Special Tiger Zone by the government in 2012.
A large percentage of Maharashtra's forests and wildlife lie along the western Ghats or western Maharashtra and eastern Vidarbha.
The Gondia region in Vidarbha is home to two important parks: The Navegaon National Park, the nesting ground of birds, deer, and leopards, as well as the Nagzira Wildlife Sanctuary with an assortment of wildlife. The Sanjay Gandhi aka Borivali National Park in Mumbai enjoys the stature of being the world’s largest national park within city limits. Sangli district, for its part, houses the Chandoli National Park, even as the Prachitgad fort and Chandoli dam are in the vicinity. Sagareshwar wildlife sanctuary, a man-made sanctuary situated 30 kms from Sangli, contains ancient temples of Lord Shiva, apart from the Jain Temple of Parshwanath. For its part, the Maldhok Sanctuary in Solapur-Ahmednagar district is home to the Great Indian Bustard. The Bhimashankar Wildlife Sanctuary situated in the Western Ghats is famous for the Malabar Giant squirrel.

Apart from mainly occurring rock Basalt; other rocks like- Laterites are found in the coastal humid and tropical region. Maharashtra is rich in ore deposits. Granite, Granite gneiss, Quartzite, Conglomerates are found in the basement regions of Konkan rivers. Nanded is another region where pink Granites are found. Kamti of Nagpur region is famous for coal.
Water is the most unevenly distributed natural resource. A large number of villages lack drinking water, especially during the summer months, even in the wet Konkan. Barely 11% of the net sown area is irrigated. The granitic-gneissic terrain in the eastern hilly area of Vidarbha accounts for all tank irrigation. Tube-wells in the Tapi-Purna alluvium and shallow wells in the coastal sands are the other main sources of water. Special wells are being made by the Government for the villages lacking water.
The Chandrapur, Gadchiroli, Bhandara and Nagpur Districts form the main mineral belt, with coal and manganese as the major minerals and iron ore and limestone as potential wealth.

Get Way of India

The Gateway to India—that’s Maharashtra for you. With Mumbai--one of the finest ports of the world as its crowning jewel-- there’s much about the geographical and topographical character of the third largest state in India—after Madhya Pradesh and Rajasthan—to command the traveler’s attention. With Madhya Pradesh to the north, Karnataka to the south, Chhattisgarh to the east and Goa to the southwest, this western state of India plays host to the Arabian Sea through Mumbai, but is, nevertheless, for the most part, a plateau. Predominantly consisting of two major relief divisions, namely the Deccan Tableland and Konkan (coastal) strip, Maharashtra covers an area of 307,713 km2.