THIS MOTORCYCLES CHANGE INDIA ! | HISTORY OF MOTORCYCLE IN INDIA | IBM

Team IBM 07 December 0 Comments
Much of India still moves on two wheels, making bikes and scooters way more popular than cars. Over the years, there have been some really special bikes that literally changed Indian roads. This is their story. 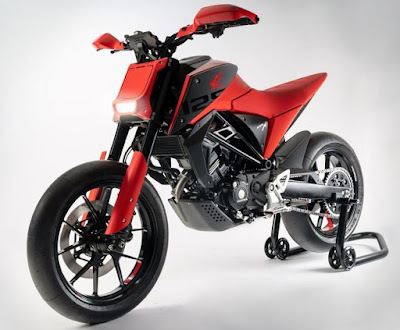 Bajaj Chetak was the Volkswagen Beetle of India, a scooter that moved families, and that supposedly led to Ratan Tata dreaming up the Nano. At one point in time, waiting periods for the Chetak extended to more than a year, when the “quota controls” were in place. Armed with a 150cc, two-stroke engine that had plenty of torque, the Chetak was a two-wheeler MUV for lakhs of Indian families. The scooter motored on even when two strokes died out, by getting a four-stroke heart transplant, but by then, the market had moved towards ungeared scooters.

Yezdi Roadking was a sporty alternative to the Royal Enfield Bullet, with good road grip and performance. The Roadking featured a simple 2 stroke engine displacing 250 cc. A 16 Bhp peak power number and 24 Nm of peak torque, in a 140 Kg package meant that the Roadking ran rings around the Royal Enfields. The bike basically introduced India to the world of two-stroke performance, as the RD was half a decade away. It also continued long after the RD was discontinued.

Escorts tied up with Yamaha to give India the RD350, the grandfather of high-performance bikes in the country. While the Yezdi Roadking was a more basic two-stroke, the RD350 came with advanced engine ports and more importantly was the first twin-cylinder bike built in India. The RD350 came with a 346 cc two-stroke motor, tuned to put out either 28 Bhp (low torque trim) or 32 Bhp (high torque trim). The bike featured 6 gears and was the fastest motorcycle in the country

In the early 80s, a bunch of Indian companies tied up with Japanese motorcycle makers to bring in a bunch of Indo-Jap motorcycles. The Ind Suzuki AX100 was the first of such bikes. Built out of a TVS Motors-Suzuki joint venture, the bike featured a 100 cc motor that out about 8.25 Bhp. It was very reliable when compared to the likes of the Royal Enfields and Yezdis and immediately commanded a big market. The Ind Suzuki’s basic design lived on, until 2008, through the Max 100R, which was India’s last two-stroke commuter motorcycle.
Tags
| HISTORY OF MOTORCYCLE IN INDIA | IBM History Indian Bikers Magazine THIS MOTORCYCLES CHANGE INDIA
Related Article

| HISTORY OF MOTORCYCLE IN INDIA