An Interview With Motorcyclist Ansh P Aka

When and how did you start riding motorcycles?

Technically I never started riding rather it happened to me a few years back. I am a very junior rider in terms of traditional understanding as a start date. I learned how to ride a bike in 2014 just a 5 years learner, but yes since den never stopped… means riding was a conscious decision taken by me as a convenient mode of communication. Prior to riding I was a traveler and use to travel a lot by taking help of public transport but those modes of communication had their own limitation hence decided to learn biking and that’s how got to know about all ABC of rides. As it was a conscious decision I 1st tried to understand the phenomenon as a whole in totality before getting into it and prepared myself at all three levels of existence body mind and beyond…

What is so empowering about riding a motorcycle?

Riding given me the freedom to reach anywhere or everywhere just below the absolute.. haha… This is something changed 360 degrees to see the whole perspective of life. Now I can reach anywhere can stop anywhere change route alter plans means no boundary of fix routes public transport. And as a social biker  I run multiple awareness campaigns, which required to travel many remote villages along with materials and bikes comes handy to achieve these mission, that’s how it's empowering me as traveler and rider.
Some example of my social campaigns are as follows ;

Introduce yourself and your achievements?

This you could have asked at beginning ha ah, as by now I already talked a lot about me. Yes I know you must be looking for the standard programmed type of introduction so here you go
Ansh  The Mystic Rider, a passionate traveler & rider Professionally,  The Disruptor of the Doctrines of Convenience. Professionally: An Author & A Passionate Six-Sigma certified corporate trainer with 14+ years of industry experience, Delivering Accountability and Process Excellence with Proven track of over 5000+ hrs. of Classroom Delivery. Equipped with over a decade of national & international financial industry experience specialized in the area of operation, training & Content development. Driven by the underlying principle of “Earn living hood while serving”
A Passionate rider, one of the founding members of the riding center of excellence (CoE) for Female Riding Training, with an objective to Transforming Passion of Riding in Bringing Real Positive Social Change. He is an author, a social activist, Motivational Speaker and professional corporate trainer in BFSI Domain, he also serves as visiting faculty finance to different universities. His fundamental principle of living revolves around “Earn Living hood while Spreading Happiness.

What is your family's reaction to your riding?

See all family wants their members to be happy, that’s the only reason they put many advise restrictions on you or the member as they strongly believe based on their experience that what they saying will only be going to work for your happiness and I am not an exception. Means at initial time everyone were reluctant to such travel & ride etc. but again its comes how you build the trust with them presenting your vision and explaining that being happy objective is getting fulfill not just in way I ll be happy but you must present them your whole vision and ideas properly to gain trust and time to time report them on your progress at initial time till they get 100% to convince that you're really happy. Once this is done they will never put you into any restriction. The primary objective of any parent is to see their kids happy, that’s it 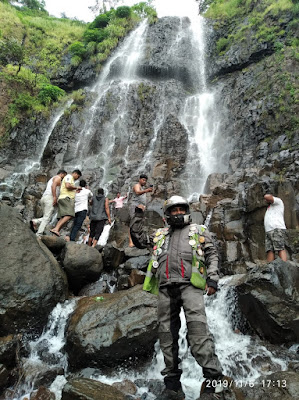 What is your motive or aim about your All India ride?

As I told before I am rider to promote Principle Riding, and riding was a conscious decision but when I came in to ride found much illusion all over and All India ride is one of them, I could have done my social campaign slowly in multiple rides,  but I see,  since Independence, it's being 70+ years we have a great riding community but actually, No one completed real All India ride but spreading of misinformation as All India Ride, just to remove this misinformation about Whole India being an Indian I planned this All India Ride covering all 28 states & 9 Union Territories including Andaman & Lakshadweep. I also have many similar future plans to remove such illusion which are based on convenience only as people thought they can’t go to Andaman or Lakshadweep taking their bike it was convenient for them to say all India Ride excluding two vital Union Territory of Whole India. Similarly, many such plans are there in my mind to disrupt the doctrine of convenience in the future.

Riding a motorcycle is perceived as risky and dangerous.  How do you balance this against being “responsible?”

Risk is a mind-stuff, actually, the risk is nowhere, you forgot how you start walking or speaking? Falling down getting up learning on every step adapting various principles? Yes, all learning passes through the same process. Once you pass through those process there is no risk at all. Prior to learning walking probably walking was a risky game but not now right? To be responsible one must always practice & promote principle riding.
The problem arises when you forget those principles n start doing something which is not part of the learning process den probably it becomes a risky game. For eg, none of the Indian roads are built to drive/ride 80km/hr+ and that’s also the legal limit so if you go fundamentally wrong there is a risk for you. For race you have tracks go there n show your DUM but don’t contaminate the roads which are made to commute. You just not attracting risk to yourself but putting others in to risk while doing some misadventure on road. 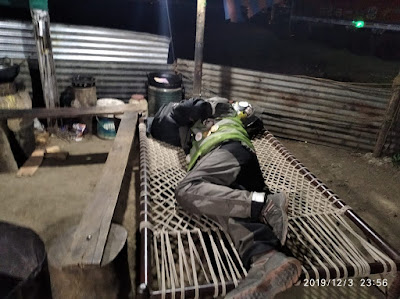 Another thing, it's recommended that one should not drive or ride under the influence of drugs, alcohol, marijuana or other similar substance at least before 12hrs of your ride. If you do so definitely there is a risk for you as well as others
NOW telling you something very rude, I say those a “KALANK in the Name of RIDER” who do drink and ride or over speed stunts on public roads like feeling proud to ride at 120+ n showing it as an achievement. Dost trak pe aao n dum dikhao . Again Speed is the power of the machine and if you do so you are getting dependent on the power of the machine and losing your own skills

What and where was a really difficult moment while on the road?

Everything is part of the ride, it may look difficult from outside but I enjoy every moment of my ride be it machine breakdown to putting extra effort to find accommodation food or meeting people

How is the riding experience different for women and men?

Change the way we see women traditionally there is no difference but that will take time to develop such a thought process. For now, probably we need to take little extra precaution in the case of women. But on a personal level, I don’t see any difference she is as normal as me. If you change your view towards them you too can experience her as normal as you are except some biological difference which varies with everything between man to man or any other things as well.
Tags
Interviews Latest News Records & Achievements
Related Article